Today, whenever people are in trouble, they find the solutions to their problems on their smartphones. Due to the advancement of technology, there is no such task remaining that is impossible to perform through electronic devices.

In short, they just need to perform a few taps on their smartphones to get their job done.

Along with simplifying people’s lives, there are also many hassles of entrepreneurs that are getting cut off as they can manage their business entirely through applications.

The penetration of applications in people’s lifestyles has been up to a considerable level.

The only reason behind this is the prolonged working durations of people, so they can’t afford to visit the business premises.

Thus, apps came to the rescue, and people adopted their usage instantly. As a result, there were about 64.5 billion app downloads recorded in 2015, and it reached 143.6 billion downloads in 2021, which denotes the rising requirements for apps in the future.

Especially the healthcare sector, which experienced a huge rise after the arrival of the COVID-19 pandemic.

All other segments were running quite efficiently, but the people of southeast Asia were not yet satisfied as they needed to download and login into the individual apps to meet their particular needs.

They demanded an all-in-one marketplace through which they could fulfill every requirement from a single destination.

Hence, the revolutionary solution was brought into the market, which integrated almost all business segments. Through these apps, people can utilize any services available across the entire town.

These apps are also known as super-apps launched in many other countries like Careem in UAE, Paytm in India, Gojek in Indonesia, and many other apps.

All of them achieved a significant rise in their respective regions, but in the Southeast Asian region, there was no other super app that gained a massive rise like Gojek.

The company was founded on 13 October 2010 and is headquartered in Jakarta, Indonesia. The name of the company ‘Gojek’ is derived from the word ‘Ojek.’

Initially, the company began as a call center that connected the people to a 2-wheeled ride-hailing service with about 20 drivers and a courier delivery service.

Later in 2015, the company launched its application in the market, providing only 4 services: ride-sharing, payments, food delivery, and retail.

With further progress in 2018, the company started providing 20 services through an application.

In 2020, they launched one more service in the market, which helps any sized business to grow in the market, and this service was named GoStore. Along with it delivering 3M market banks in years.

The app got a vast user base from Southeast Asia, which were 38 million users, which resulted in 190 million downloads in 2021.

Since 2010 until now, the company has made several mergers and takeovers with many Indian and Indonesian companies.

The company went on adding features to its app and is currently competing with its rival Grab to become Southeast Asia’s first multi-services app.

Why Only Gojek Became A Top Priority Among The People Of Southeast Asia?

There are many reasons behind the success of Gojek and its demand among the people in Southeast Asia.

We will discuss every reason behind its vast popularity in the Southeast Asian region. However, some aspects might affect them for staying in demand as it could gain local support from the people.

Other key reasons are mentioned below:

Currently, they are providing 18 different categories of services and are serving the people as a virtual all-in-one marketplace from where they can fulfill their any needs from a single application which might offer comfort to people and can be one of the reasons for gaining such fame. 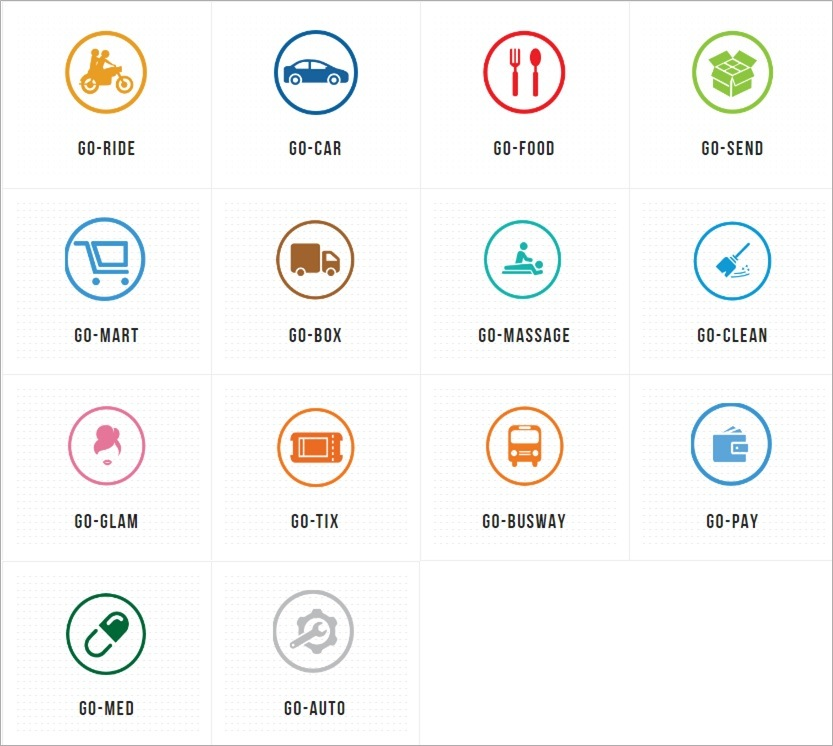 -Key Differences Between Gojek And Other Super Apps:

Gojek gets distinguished from other super apps in some aspects. Here are some of the points mentioned below through which Gojek stands out from the competition.

Apart from standing different from the queue, there are also certain similarities that exist in an app that people would expect. Hence, it receives much popularity as it provides some basic common features required along with its unique ones.

The business model of Gojek contains three stakeholders: customers, merchants, and providers. The customer can select any services they like to get from an app and can get them done through service providers at their preferred locations. The merchants can register their businesses into an app and can start receiving the orders through an app.

Now, let’s plunge into the value propositions and customer segments benefitted are mentioned below:

The value propositions for each of its stakeholders are mentioned below:

Take a look into different customer segments that are benefits:

Thus, the people who perfectly match all the criteria mentioned above can be a part of Gojek’s uplifting environment by enrolling into an app by entering the necessary credentials.

How Does Gojek Generate Revenue?

The company plays the role of intermediary between the customer and the ventures. They offer certain necessary specifications to both, which help them get the desired solutions to their problems. Hence Gojek charges some amount in the form of tax from both of them as it is part of their revenue. Let’s take a look at gojek revenue streams that are mentioned below:

The consumer pays some amount of tax to the company as they receive the services delivered at their homes. Gojek charges commission in fixed percentage from the invoice software as a service tax for gaining the services at their preferred location.

Merchants can easily manage their ventures by registering their businesses into an app. However, the entrepreneurs need to pay some charges as a commission to the company on receiving the payment of each order in their enterprise.

Thus, in the era of digitization, entrepreneurs are looking for innovative solutions for their businesses that could help them enrich their ventures effectively. Today, people’s preferences have changed. They choose to solve every issue through apps available on their smartphones.

Thus, entrepreneurs can take advantage of this new habit being adopted by people to raise their profit margins by shaking hands with the tech-stuff embedded into applications and can contribute their part to digitizing lifestyles.